Exploring Our History and Heritage 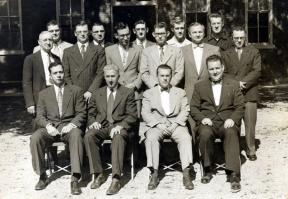 Evangelical Seminary was founded by, and took its name from, the Evangelical Congregational Church in 1953, initially to provide necessary training for clergy in that denomination. Since then its mission has expanded to include students from dozens of denominations and, through its partners, a truly global reach. Its scope has expanded to include vocational and spiritual preparation for a variety of roles that serve the Church and the world, while not neglecting the original intention to prepare pastors who are well formed in head, heart, and hands for congregational ministry.

The Evangelical Congregational (EC) Church traces its roots to the conversion of Jacob Albright, a Pennsylvania German farmer, in a Methodist class meeting. His conviction was to bring the Christian faith to his neighbors at a time when the Methodist Church did not allow worship services to be conducted in the German language. His converts took the name “Evangelische Gemeinschaft” (Evangelical Association) in 1816, and the church prospered until the 1890s when a large minority of the Association re-organized as the United Evangelical (UE) Church in 1894.

Throughout the Great Depression and World War II, EC denominational leaders kept alive the vision of an evangelical Wesleyan-Arminian theological seminary. In 1953 Evangelical Congregational School of Theology opened on the Myerstown campus with two full-time and three part-time professors and twelve students. The seminary received approval from the Commonwealth of Pennsylvania in 1957 to grant the Bachelor of Divinity degree (changed to Master of Divinity in 1970) and in 1979 the Master of Arts in Religion degree. 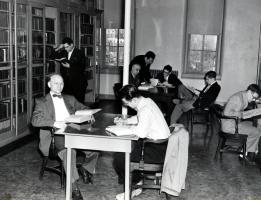 Evangelical will continue to “develop servant leaders for effective ministry in a broken and complex world” with John Wesley’s concern for “rigorous minds, passionate hearts, and Christ-centered actions” in partnership with others for the sake of the Gospel.

The 1970s brought an enlarged vision, beyond that of the EC denomination, which was symbolized in a change of name from Evangelical Congregational School of Theology to Evangelical School of Theology in 1974. The 1980s brought the realization of the goal of accreditation by the Middle States Association of Colleges and Schools (1984) and the Association of Theological Schools (1987). Responding to an increase in married students with families, the seminary supplemented the dorm rooms in Old Main with twelve campus townhouses on Albright Court in 1985. In 1996 the School earned approval by the University Senate of the United Methodist Church for the education of pastors in that denomination, already well-represented in its student body.

A new century saw another dream realized with the introduction of the Master of Arts in Marriage and Family Therapy degree (2002) supported by full-time faculty and a counseling center. A second off-campus counseling center was established in Lititz, PA in 2005. At the same time, Old Main was brought into the new century with “smarter” classrooms and renamed Christ Hall and the Faculty worked to add flexibility to the curriculum. Off-campus teaching sites were identified and utilized in Allentown, Harrisburg, and Lancaster. Another form of distance learning, online education, was begun in 2012 and accelerated in the years that followed. Concern for the training of persons beyond the traditional degree programs resulted in the introduction of Graduate Certificates in various areas of ministry and the creation of new MA programs in Leadership, Bible, Spiritual Formation, and Ministry. 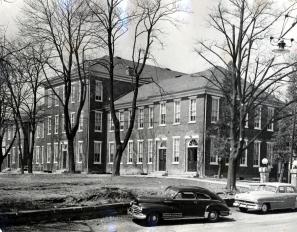 In 2007 the school was renamed Evangelical Theological Seminary, and in 2011, shortened the public name to simply Evangelical Seminary. In 2020, the Seminary entered into a formal partnership with Sioux Falls Seminary and began a transition into a learning model that emphasizes outcome-based education and mentoring toward discipleship. Evangelical Seminary will legally dissolve as a stand-alone entity in 2022 and yet continue to serve its constituents in central Pennsylvania and beyond as a regional expression of the Kairos network of schools and ministries. She will do so while preserving her historic values and commitments but in a way that further expands her mission in this generation.

Over the course of nearly 70 years, Evangelical Seminary has served Christ and His church in preparing men and women for Christian vocations. Evangelical will continue to strive to “develop servant leaders for effective ministry in a broken and complex world” with John Wesley’s concern for “rigorous minds, passionate hearts, and Christ-centered actions” in partnership with others for the sake of the Gospel.