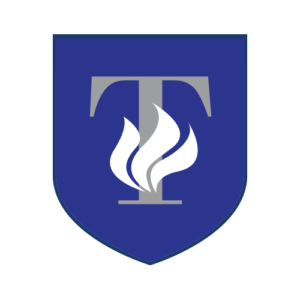 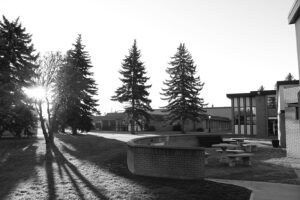 The Importance of Collaboration

In 2015, we began collaborating with Kairos University (then Sioux Falls Seminary) around our shared belief that theological education is something that must happen in community and that the community in which it happens has a profound formational impact on students. When we began working together, we made a commitment to honor each other’s history, heritage, and identity. Read more about our kingdom-minded collaboration that has now evolved into a system of theological education that is affordable, accessible, relevant, and faithful.

Exploring our History and Heritage

Taylor is rooted in a number of “Christian training institutes” that were widely dispersed across the western prairies. These institutes appealed to the many rural young people who were idle during the long prairie winters and provided trained lay leadership for the local churches, as well as opportunities for young people to utilize their time wisely. The school began with the financial support of and volunteer labour from many individuals within the Northern Conference Churches. Dr. and Mrs. E. P. Wahl also contributed $2,000 received from an insurance policy when their son was killed in a car accident.

Under the leadership of its founder, Dr. E. P. Wahl, the cornerstone of Christian Training Institute (CTI) was laid at 10810 – 78 Avenue in June of 1939. The first classes were held in January of 1940 and due to the rapid growth of the program, a second building was constructed in 1947, and an administrative, classroom, and dormitory building was added in 1965. It ultimately became an affiliated society of the North American Baptist Conference of Churches (NAB Conference).

As a devotee of Walter Rauschenbusch, Wahl endued the new institution with the social and theological impulses of the “whole gospel” which would forever guide the institution. The institution soon created a high school for German immigrants, and helped give birth to churches around Edmonton and across Alberta. Lay education and a holistic understanding of the gospel were at the heart of the institution.

Emergence of the College

In 1963, the Alumni Association spearheaded the drive for a new campus when they adopted the project of raising $100,000 for a relocation program. They purchased a large tract of land south of Edmonton where the school relocated. The move to the new campus also signalled the change of the name from Christian Training Institute to North American Baptist College (NABC). In 1969 NABC was accredited with the Accrediting Association of Bible Colleges (now ABHE). The college attracted a growing number of students from approximately twenty denominations. Working across a variety of diverse denominations was a hallmark of the education at NABC and grew out of the deepest impulses of our Baptist heritage. The college eventually began moving toward university accreditation and entered into an articulation agreement with the University of Alberta. Receiving Provincial accreditation in 2000, we finalized the long transition from a Bible college to a liberal arts college. In Alberta we fell under the institutional designation as a “university college.”

As a devotee of Walter Rauschenbusch, Wahl endued the new institution with the social and theological impulses of the “whole gospel” which would forever guide the institution.

Emergence of the Seminary

NABC began talking about adding a graduate program in 1973.  Talk became reality in the fall of 1975 with the launch of a joint Master’s program with our sister school in Sioux Falls, South Dakota. The plan was for students to do their first two years of training in Edmonton and then the final year at North American Baptist Seminary (NABS). Within just a few years there was significant interest in NABC offering the entire program in Edmonton.  This standalone program began in the fall of 1980 with the establishment of North American Baptist Divinity School. In 1990 the school changed its name to Edmonton Baptist Seminary and earned its accreditation with the Association of Theological Schools (ATS) in June 1997.  International mission has always been at the heart of the NAB and that is true of Taylor as well. In 2000, in partnership with the NAB, we launched an MA in Intercultural Studies and established an endowed professorship of intercultural studies.

A Change of Name

With all the changes happening through the creation of graduate programs and the awarding of the university college designation, a search for a new name began, resulting in the name “Taylor University College and Seminary” being adopted on April 27, 2002. The name “Taylor” comes from J. Hudson Taylor, one of the most recognizable names in evangelical missionary history. Though not a Baptist, his life and ministry exemplify the strong beliefs and values North American Baptists have always held out to their students.

In selecting him as our namesake we institutionalized our identity as a diverse evangelical institution, albeit in the Baptist tradition. For many, this was a return to what the school had originally done in being named the “Christian Training Institute.”

Moving Into the Future

A long and steady decline in enrolment accompanied by rising costs in a decade-long red hot Edmonton economy forced the closure of the university college in 2009.  Strongly believing that God was not finished with the institution, Taylor worked hard to strengthen the educational ministry, to reduce the cost of theological education, and to faithfully steward the vast resources which God had entrusted to the institution. The launch of the E P Wahl Centre for life-long Christian learning created new opportunities for a wider variety of students to learn and grow as the institution prayerfully discerned the future into which God was calling us.  For 10 years God faithfully (one might say, miraculously) provided a vast array of resources needed for the institution to take the time to carefully investigate and prayerfully consider a wide variety of possible educational partnerships across Western Canada and in the US.  In February 2019 we arrived at the end of that discernment process, with the Board of Trustees voting unanimously to join together with Sioux Falls Seminary in the work of the Kairos Project.